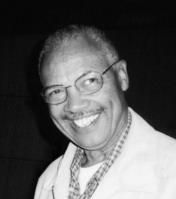 It is with great sadness that we announce the peaceful passing of Dr. Oscar J. Jackson, MD, FACS, on January 14th in San Francisco.

Charismatic and commanding with a mile-wide smile, Dr. Jackson was a man loved by many. With a steel-trap memory for names, facts and scripture, and with a generous love of people, Dr. Jackson was an assiduous healer and custodian of the community he served.

Born in Alabama in 1929 of the union between Lillian and William Jackson, Dr. Jackson had six siblings - Winston, William, Earl, Charles, Doris and Bobby. Dr. Jackson overcame racial barriers, graduating from Fairfield Industrial High School in 1947 and earning a four-year Pepsi-Cola Scholarship to Howard University. There, he joined the brotherhood of the Omega Psi Phi fraternity in 1949, and later became a double graduate of Howard, earning an undergraduate degree in chemistry with top honors in 1951.

His studious acumen ultimately prompted his name to be added to Howard University's Chemistry Department's wall for outstanding achievement in chemistry. Dr. Jackson graduated from the Howard University College of Medicine in 1955 and subsequently completed his surgery residency at Homer G. Phillips Hospital in St. Louis in 1962.

He was honorably discharged from the United States Air Force after reaching the rank of Captain in 1963, having served diligently in the Korean war. Dr. Jackson went on to work at San Francisco General Hospital, becoming the first African American surgeon on record to work there. He also served as a clinical instructor in UCSF's Department of Surgery and practiced at Mount Zion, both of which were but a few of the hospitals extending privileges at the time to African American physicians. Dr. Jackson unselfishly dedicated his medical service to help improve the health of his patients and their families living in underserved communities in San Francisco.

He eventually established a private practice based in the Haight-Ashbury neighborhood that was known for its commitment to its patients' well-being, regardless of their insurance status or ability to pay for services. In addition, Dr. Jackson had a private practice in Vallejo, CA for over 40 years, and was a surgeon at Vallejo General and Kaiser. Dr. Jackson mentored many African American physicians who followed in his footsteps. He provided leadership to the John Hale Medical Society (a professional organization representing African American physicians and patients), the San Francisco chapter of the National Medical Association, served on the Board of Directors of the Omega Boys Club in Vallejo, and was a member of the Sinkler Medical Association in Oakland, CA.

Dr. Jackson was a devoted family man and philanthropist, establishing scholarships at both the UCSF School of Medicine and the Howard University College of Medicine to help students committed to serving vulnerable populations pursue their boldest professional aspirations.

A lover of travel, religion, astronomy, the arts and food, Dr. Jackson will be sorely missed by those who loved him and by those whose lives he impacted with his generosity and leadership.

Dr. Jackson is survived by his loving wife Norma, his four children Oscar Jr., Kim, Kahn and Brittany, their extended families, and his siblings Doris Crook and Bobby Jackson, Sr.