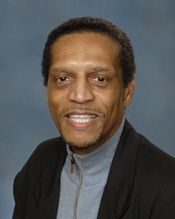 Harry L. June, Ph.D., in HUCM's Neuropsychopharmacy Research Laboratories, has been awarded a $1.9 million R01 grant from the National Institute on Alcohol Abuse and Alcoholism (NIAAA). Dr. June contends that "binge drinking is a very serious public health concern in the United States. However, very little is known about the exact mechanisms that regulate binge drinking." Dr. June believes that this research will be successful in leading to the development of novel treatments to reduce binge drinking.