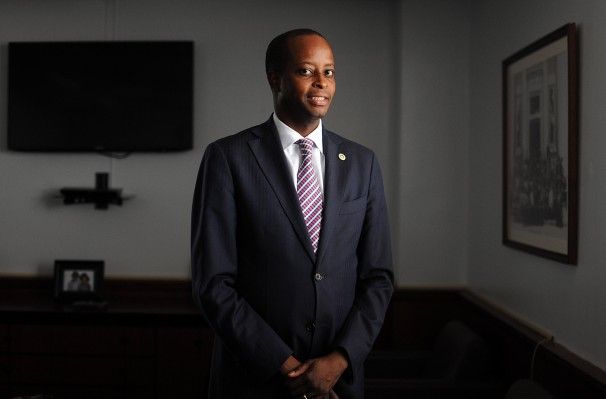 Wayne Frederick, M.D., M.B.A. was named Interim President of Howard University on October 1, 2013. The HUCM Class of 1994 alumnus was formerly the Howard University Provost and Chief Acdemic Officer, while maintaining his practice as a cancer surgeon. In addition to his medical degree, Dr. Frederick also holds a bachelor's in zoology and a master's in business administration, also from Howard University. During his tenure as Interim President, Dr. Frederick would like to focus on retention and graduation rates in the academic arena, the upcoming Center for Academic Excellence as an umbrella for many activities, including the honors programs, and an agreement with Pearson, an education company, for Howard online, to increase Howard's instructional environment.