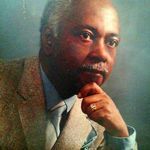 Dr. Seawright Wilbur Anderson died Wednesday, June 4, 2014, in Laguna Niguel, California.  He was born in Washington, D.C., on March 6, 1927, to Seawright W. and Iola Ward Anderson.  Dr. Seawright was a scholar student and graduate of Howard University, internship at USC-LA County General and residency at Camarillo State Hospital in coordination with the University of California at Los Angeles.  He received his board certification as well.  Dr. Anderson had taught medicine and directed clinics in several countries including Ghana, Liberia, Nigeria and Zambia.  Aside from living in those countries for periods of time, he gave back to health of African countries through physician group travels. Dr. Anderson had resided in Orange County and Los Angeles, where he had an adult and forensic medical practice, including specialized psychiatric services in California-Riverside County, medical director of several skilled nursing facilities and served as a special consultant to the Anderson Health Information Systems practice.  Dr. Anderson had most recently resided in Laguna Niguel and at the ‘Anderson farm’ and ‘Washington domicile’.  He was a major in the Army.

The service was held in Charleston, Arkansas with the Rev. Chuck Coffelt officiating under the direction of Smith Mortuary in Charleston.