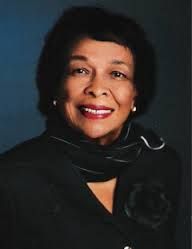 It is with great sadness that we inform you of the passing of Dr. Roselyn P. Epps, Class of 1955. Dr. Epps died on Tuesday, September 30, 2014.  Dr. Epps is the spouse of Dr. Charles H. Epps Jr., Class of 1955 and the mother of Dr. Roselyn E. Epps, Class of 1988.  Dr. Roselyn P. Epps was born in Little Rock, Arkansas but grew up in Savannah, Georgia.  She attended Howard University in Washington, D.C. where she majored in zoology and chemistry and continued her medical education there. In 1961, she became a medical officer with the District of Columbia Department of Health, and in 1973 earned an MPH from Johns Hopkins University in Baltimore.  In 1980, she was appointed the first Acting Commissioner of Health of the District of Columbia; and was Professor of Pediatrics and children's health at Howard, and a year later, she received an M.A. from American University in Washington, D.C.In 1980, Dr. Epps worked for the National Cancer Institute in Bethesda, Maryland.  Semi-retired since 1998, she served as a consultant for the public and private sector.  Dr. Epps has authored more than 90 professional articles, 16 of which were published as chapters of books.  She also co-edited The Women's Complete Healthbook and Developing a Child Care Program; and was the first African American and female president of the District of Columbia chapter of the American Academy of Pediatrics.