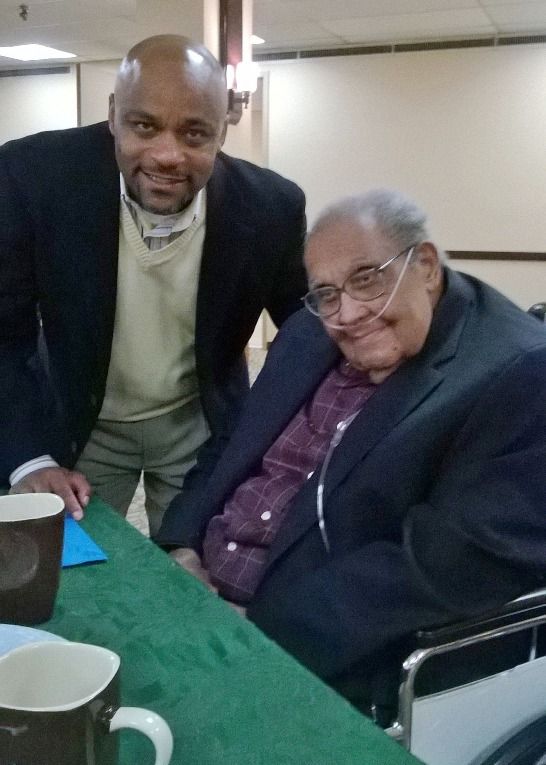 Dr. Bernard F Gipson Sr, Howard Med Class of '47, passed away at the age of 93 at 4:10pm MST on Monday afternoon, January 26th, 2015, in Denver. Dr Gipson, was surgically trained by Dr. Charles Drew at Howard, and trained Dr. LaSalle Leffall (he was present assisting when Dr. Leffall performed his first operation). Dr. Gipson had come to Howard from Morehouse (Class of '44) where he had married a "Miss Maroon & White" (Morehouse/Spelman homecoming queen), Ernestine Wallace (Spellman ’43). They were married in the Morehouse chapel by Dr. Benjamin Mays . Dr. Gipson became the first African American board certified surgeon in the state of Colorado, and he practiced medicine in the mile high city for over 40 years – and always kept in touch with his Howard Med. classmates.