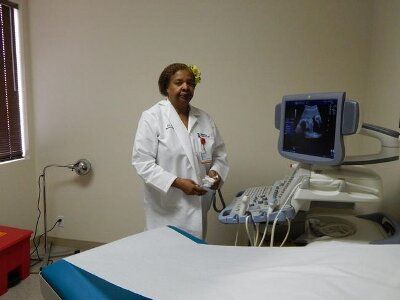 The area is suffering from a doctor shortage, but Barstow, California Community Hospital officials say they are busy working on the cure. Using 2011 data, the Healthcare Atlas shows there are 2,407 civilians per primary care physician within the region that includes Barstow, Daggett, Lenwood, Nebo Center, Oro Grande and Yermo. The U.S. Department of Health and Human Services Health Resources and Service Administration designates it as a medically underserved area.

But many Barstow area residents don’t need to look at the data to realize there is a shortage of doctors. A lot of them walk into the emergency room at Barstow Community Hospital to seek basic care. Even with the Affordable Care Act in place, Barstow Community Hospital CEO Steven Foster says, patients have no place to go but the ER. “Right now if I look at ER volume, 30 to 40 percent of it has no primary care. In other words they are using the ER as the primary care place,” Foster said. “That’s a huge waste to our health care system. Because it’s not designed to manage your low acuities — bee stings, things that should not be coming through the ER. But if you don’t have primary health care, where else do you go?”

Foster said insurance is not the issue. Since the Affordable Health Care Act, more people have health coverage. He said they don’t have a primary care doctor. “Year over year, I can tell you this off the cuff, we had an 50 percent increase in ER visit volume,” he said. “We just had our conversation with Dr. Bradley Gilbert over at Inland Empire Health Plan. He said it is probably in line exactly with what they saw and expected from the Affordable Health Care Act.” Inland Empire Health plan is a not-for-profit insurer designed for low-income residents in Riverside and San Bernardino Counties. It has reported that enrollment has doubled since 2011, when the health plan had 500,000 enrollees. In 2014, 350,000 patients were added with two-thirds of enrollees newly eligible for insurance as result of the ACA. “It has exceeded their budget projections, in fact,” Foster said. “They saw a 19 to 20 percent increase across the county.”

Barstow Community Hospital experienced the busiest January in its history, according to John Rader, business development and marketing director.“ For us, we had a 35 percent increase in ER volume, compared to January 2014. Just that month. It was unheard of, unprecedented,” Foster said. “So our year-end ER visits were 26,000 for 2014. If we had continued on that January trend line, we would have hit 28,000. Luckily, February was a little bit lower and March seems to be evening out. That's a huge increase for one year.”

To meet the need, Foster says the hospital is involved with an aggressive recruitment campaign to lure not only primary care physicians, but specialists as well. He estimates the community needs at least three more primary care physicians. He said they can be either internal medicine or family practice. But he says the community could easily add four physicians and there still would be plenty of patients to go around.“ One of the hardest things for me in recruiting, is generating the leads. So we use our parent company to help generate leads. But a lot of leads are also generated by word of mouth,” Foster said. “Obviously we talk to them on the phone. We kind of talk about ‘let's paint the picture of what health care looks like now in Barstow.’ Basic demographics of population, what our projections of population growth is in the next five years. If it’s primary care, then we talk about what does the primary care market look like.”

While Barstow doesn’t offer some of the perks of a metropolitan area, Foster says many candidates just want to practice medicine. He said they are looking for a market that offers them growth. He said the community actually has advantages of having solid major employers such as the BNSF railroad and area school districts that provide solid insurance coverage to employees. Foster also gets help from the community during recruitment. He mentioned Barstow Unified School District Superintendent Jeff Malan and Mayor Julie Hackbarth-McIntyre who volunteer to talk to candidates about the advantages of living and practicing in Barstow. He also said doctors currently practicing in Barstow will talk to the candidates as well.

Dr. Eloise Skelton, M.D. is a recent recruitment success story. She is certified in obstetrics, gynecology and gynecological surgery and practices out of the Barstow Health Partners clinic. She joined the clinic from Martin Luther King Jr. Hospital in Los Angeles and graduated from Howard University College of Medicine. She had previously worked in a small town in Iowa, so she was looking forward to the transition from the big city to Barstow.“ Working in a small community like Barstow is something I’ve done in the past,” Skelton said in a previous Desert Dispatch story on the clinic. “It is so valuable having a physician close to home. Years ago I worked in Iowa in a city with a population of 9,000.” Foster is also looking into a time-share concept where the hospital sets up clinics to keep costs low for doctors who might want set up a practice in Barstow. The hospital is even targeting Silver Lakes as a clinic location. “We have pretty neat little market analytics,” he said. “We know in general when patients come here what zip codes they are coming from. So when we see zip codes from Helendale, we know we’ve already got a piece of market out there. But it’s only a piece. So our concept when you build a strategic plan, is how do you make a bigger impression on that market?”