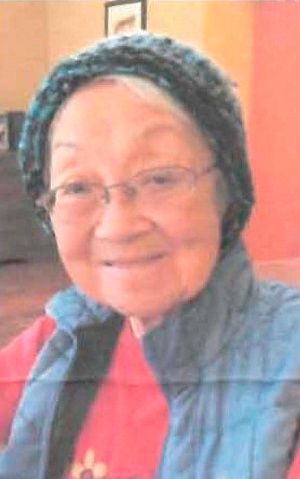 Born Betty "Bing" Lai Taam Ng in San Francisco, California in March 1925, Betty passed away peacefully in Los Gatos, California in September 2017. She was a loving, caring, happy, positive, determined, inspiring, and amazing woman who will be greatly missed by family, friends and countless others she touched.

A longtime resident of Mill Valley, California and more recently of los Gatos, California, she is survived by her children Berdine, Gary, and Carl; grandchildren Brigitte and Hayden; sister Sally, and many nieces, nephews, cousins, and other family. She is predeceased by her husband Lyman, father Ng Lin Jeung, mother lee Shee, and brother Jack.

Betty was born and raised in San Francisco. As a young girl along with her brother Jack, she spent time in Guangzhou, China and returned as war became imminent. She attended Galileo High School in San Francisco and received a B.A. in Biochemistry at the University of California Berkeley. Subsequently, she did research at Stanford University. Her mother's long illness inspired her to become a physician and she attended medical school at Howard University in Washington, D.C., receiving her M.D. in 1956. She did a rotating internship at Albert Einstein Medical Center in Philadelphia, a year of residency at Children's Hospital in Philadelphia, then three years of Ob Gyn residency at Presbyterian Medical Center in San Francisco. She worked in private practice in San Francisco for one year and then spent thirty years at Kaiser Permanente in Oakland-Richmond.

After retiring, she continued to practice medicine, volunteering at the Women's Free Clinic in Richmond and San Francisco for five years. She was a lifelong Fellow of the American College of Obstetrics and Gynecology. She truly loved her work and her patients and touched many, many lives.
Betty met her husband Lyman in San Francisco Chinatown in their early teens. After their long courtship, they married in 1956 in Washington, D.C. They subsequently returned to California and settled in Mill Valley in 1959. There they raised their three children and spent many wonderful years. Mill Valley always remained her favorite place in the world.

Betty was a devoted, loving, and supportive mother and wife. She was a great friend. She enjoyed spending time with family and friends, the outdoors, skiing, hiking, reading, studying, redwoods, movies, and popcorn. She and Lyman traveled the world after retirement, together seeing and experiencing countless places and cultures.

In lieu of flowers, please send donations to your preferred charity or to Sempervirens Fund (save the redwoods) at https://sempervirens.org