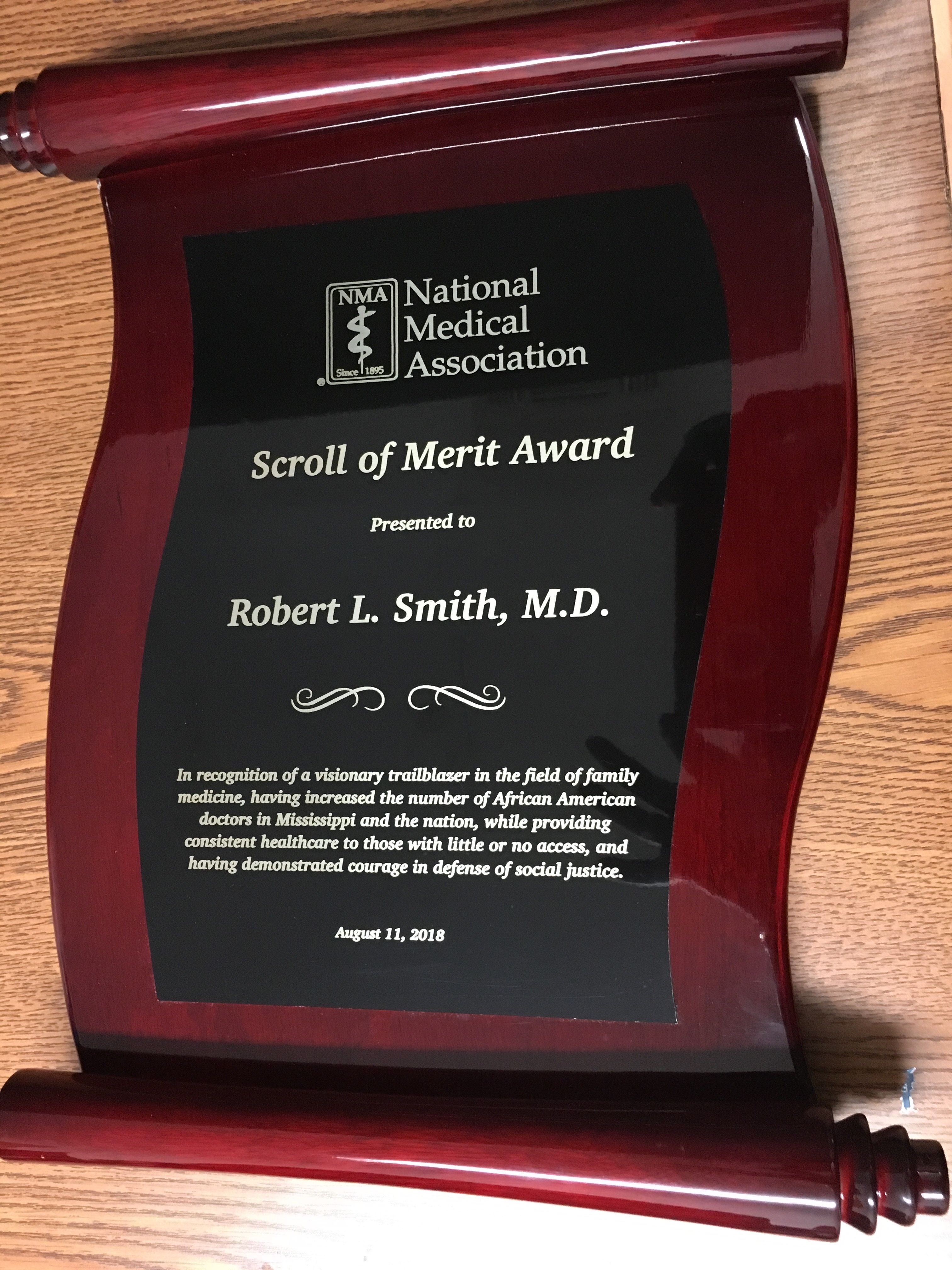 Dr. Robert Smith, Class of 1961, received the National Medical Association's highest award, the Scroll of Merit Award, at the opening ceremony of the national convention in Orlando, FL on August 11. Dr. Smith was recognized for being  a "visionary trailblazer in the field of family medicine, having increased the number of African American doctors in Mississippi and the nation, while providing consistent healthcare to those with little or no access, and having demonstrated courage in defense of social justice."