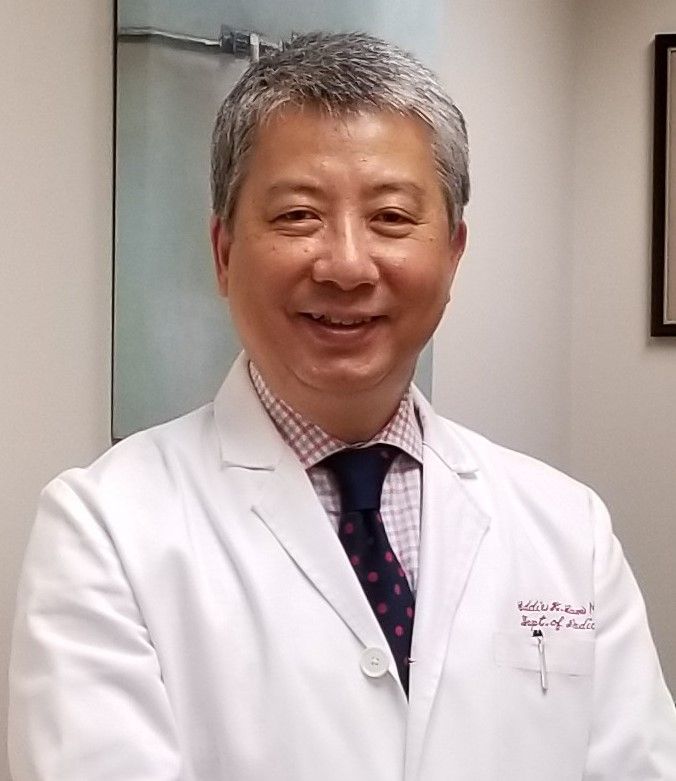 Dr. Eddie Lam, Class of 1990, has endowed The Dr. Louise Maxienne Dargans Fleming Scholarship at HUMAA. The scholarship is named in honor of his godmother, who served as his family’s sponsor to enter the United States from Hong Kong and is an honorary Howard University graduate.

Dr. Dargans Fleming was the Director of Research for the U.S. House of Representatives Committee on Education and Labor as part of Congressman Adam Clayton Powell’s staff, only one of two African-Americans to head a congressional committee staff. Her lifetime of public service has been honored by the NAACP, the National Council of Negro Women, Delta Sigma Theta National Sorority, the Alpha Phi Alpha fraternity, and the National Association of Colored Women. She received an honorary doctorate from Howard in 1976.

Dr. Dargans Fleming came to know Dr. Lam through his father, as she would visit Hong Kong regularly and he would serve as her chauffeur. When Dr. Lam was accepted to Howard, he rented a room in Northwest Washington, DC, but the room came with restrictions on when he could cook, so Dr. Dargans Fleming housed Dr. Lam in the basement of her home in Southwest DC for the rest of his time as a student while she lived in Florida. Dr. Lam credits her with changing the course of his life through her kindness.

Dr. Lam recalls receiving a scholarship himself when he was in medical school. “It was a tough few years, borrowing money from the government and my family, and I was surprised to have received a scholarship. It was a sweet moment,” says Dr. Lam. He remembers that the scholarship made an impact on his life financially, and more importantly, served as a moment of encouragement for him to keep moving forward. He also recalls the immense impact that his mentors like Dr. LaSalle D. Leffall, Jr., had on his life and how Dr. Leffall always stressed the importance of giving.

Since graduating, Dr. Lam has managed his own medical practice in Alhambra, California and has spent many years teaching nurse practitioners and medical students in Southern California. He says that it was not until he began teaching that he realized how great of an education he received from Howard. “Howard gave me an opportunity to change my life, even though I didn’t feel that I was good enough,” says Dr. Lam.

The Dr. Louise Maxienne Dargans Fleming Scholarship will be awarded to a student for the first time in March 2019. It will be awarded to a hard-working student in good standing with financial need and a desire to work in an underserved community. Dr. Lam hopes that he and his fellow alumni will continue to “remember where we came from, remember what’s been given to us, and give back!”