IN MEMORIAM: DR. DONALD ORLIC, CHAIRMAN OF THE ANATOMY DEPARTMENT 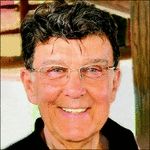 Dr. Donald Orlic, 86, of Bethesda, Maryland, died peacefully at his home surrounded by his family on Saturday, January 19, 2019. The cause of death was prostate cancer.

A scientist, world traveler, jazz and opera lover, sports fan, and avid hiker, Donald was born in Universal, Pennsylvania, on December 11, 1932, to Nicholas and Rose (Lubanovich) Orlic. Growing up in the Pennsylvania town of Export, he started working after school and during the summers at age eleven.

He enlisted in the US Army at twenty, and his experience in Korea, during which he served a year in combat and achieved the rank of sergeant, was a turning point in his life. After Korea, Donald's eyes were opened to the benefits of education. A first-generation college student, he enrolled at Duquesne University in Pittsburgh, Pennsylvania, and later transferred to Fordham University in the Bronx, New York. After graduating from Fordham, he earned his master's and PhD at New York University and completed postdoctoral research at Rockefeller University in New York City.

Donald married Susan Bremer in 1961, in New York. In the mid-1960s, the family moved to Paris, where Donald did postdoctoral training at the Institute of Cellular Pathology, in the lab of Dr. Marcel Bessis. The family then moved to Belmont, Massachusetts, and Donald spent two years at Harvard Medical School, in the lab of Dr. Don Fawcett. Feeling the pull of New York City, the family moved back to Manhattan, where Donald continued to live for the next twenty-five years, teaching anatomy and histology at New York Medical College (NYMC) in Valhalla, New York, with stints as a visiting professor at the University of Parma, Italy. At NYMC, Donald received the Excellence in Teaching Award and Outstanding Teaching Award on numerous occasions.

In 1993, he retired from NYMC and began a distinguished research career at the National Institutes of Health, where he worked in the National Human Genome Research Institute and the National Heart, Lung, and Blood Institute until 2010.

As Donald often said, he "failed retirement"- in 2012, he joined the faculty at Howard University College of Medicine, where he chaired the Department of Anatomy and taught histology until his illness forced his third retirement in the spring of 2018, when he was 85.

In lieu of flowers, the family requests that memorial contributions be made to Montgomery County Hospice in Rockville, Maryland, or to a charity of the donor's choice. Please view and sign the family guestbook at www.pumphreyfuneralhome.com