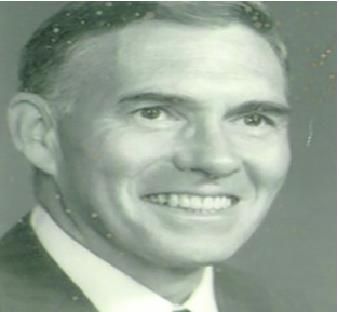 Dr. Edward Gammel, Class of 1956 passed away on February 4, 2019. Dr. Gammel completed his high school education in Decatur, Illinois and graduated from Depauw University in Indiana. Afterwards, he attended Howard University College of Medicine and completed an internship at Seaside Memorial Hospital in Long Beach, California. Following his one year residency at Merced County General Hospital, he was recruited to the U.S. Air Force Base in Texas and Travis Air Force Base in Fairfield, California.

Dr. Gammel's journey brought him back to Long Beach where he served a four year neruosurgery residency at the VA hospital. It was during this time that he found his passion for neurosurgery, which led to his decision to open a neurosurgical practice in Sacramento, California in 1964. He also enjoyed serving a Clinical instructor of Neurosurgery at UCD School of Medicine for many years. He maintained his office across from the American River Hospital until he retired in 1996. In retirement, he enjoyed playing tennis and piano. He loved being in the company of familu and friends or relaxing with a Coke. He is survived by his loving wife Patricia of 63 years, and his children Susan Crutchfield (son-in-law, Steve, and grandson, Shawn), Leslie Gammel (granddaughter, Kate), Edward Gammel, Jr. (daughter-in-law, Ayanna, and grandsons Nathan and Isaac). Dr. Gammel was born August 2, 1930.


Family and friends are invited to attend services on Friday, March 8, at 11am at East Lawn Mortuary: 5757 Greenback Lane, Sacramento, California. In lieu of flowers, donations may be sent to the SPCA.