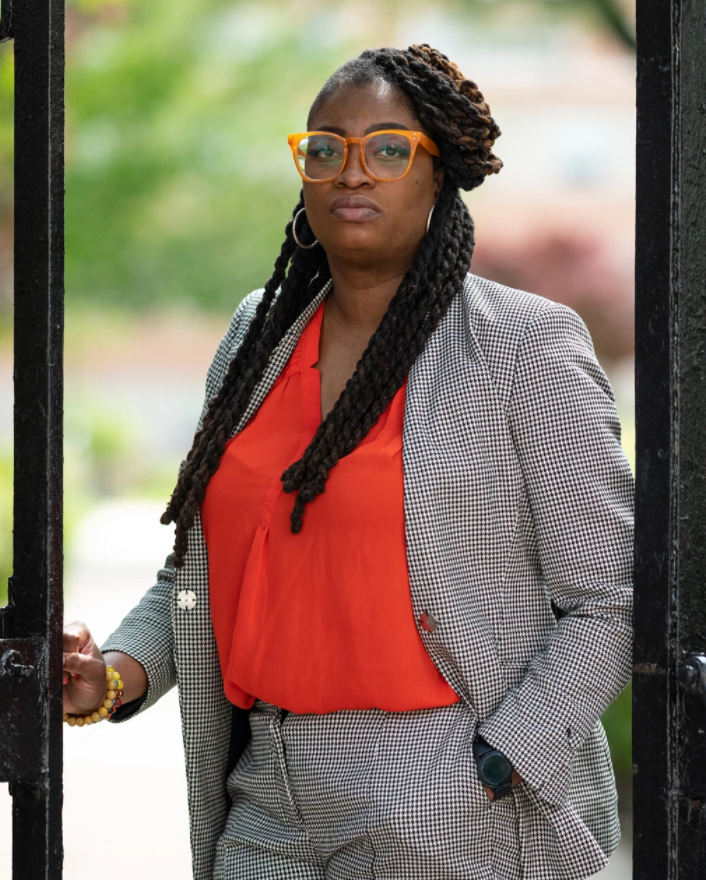 Dr. Benjamin Rush, the 18th-century doctor who is often called the “father” of American psychiatry, held the racist belief that Black skin was the result of a mild form of leprosy. He called the condition “negritude.”

His onetime apprentice, Dr. Samuel Cartwright, spread the falsehood throughout the antebellum South that enslaved people who experienced an unyielding desire to be free were in the grip of a mental illness he called “drapetomania,” or “the disease causing Negroes to run away.”

In the late 20th century, psychiatry’s rank and file became a receptive audience for drug makers who were willing to tap into racist fears about urban crime and social unrest. (“Assaultive and belligerent?” read an ad that featured a Black man with a raised fist that appeared in the “Archives of General Psychiatry” in 1974. “Cooperation often begins with Haldol.”)

Now the American Psychiatric Association, which featured Rush’s image on its logo until 2015, is confronting that painful history and trying to make amends.

In January, the 176-year-old group issued its first-ever apology for its racist past. Acknowledging “appalling past actions” on the part of the profession, its governing board committed the association to “identifying, understanding, and rectifying our past injustices,” and pledged to institute “anti-racist practices” aimed at ending the inequities of the past in care, research, education and leadership.

This weekend, the A.P.A. is devoting its annual meeting to the theme of equity. Over the course of the three-day virtual gathering of as many as 10,000 participants, the group will present the results of its yearlong effort to educate its 37,000 mostly white members about the psychologically toxic effects of racism, both in their profession and in the lives of their patients.

Dr. Jeffrey Geller, the A.P.A.’s outgoing president, made that effort the signature project of his one-year term of office.
“This is really historic,” he said in a recent interview. “We’ve laid a foundation for what should be long-term efforts and long-term change.”

Dr. Cheryl Wills, a psychiatrist who chaired a task force exploring structural racism in psychiatry, said the group’s work could prove life-changing for a new generation of Black psychiatrists who will enter the profession with a much greater chance of knowing that they are valued and seen. She recalled the isolation she experienced in her own early years in medicine, and the difficulty she has had in finding other Black psychiatrists to whom she can refer patients.

“It’s an opportunity of a lifetime,” she said. “In psychiatry, just like any other profession, it needs to start at the top,” she said of her hope for change. “Looking at our own backyard before we can look elsewhere.”

The question for the organization — with its layers of bureaucracy, widely varied constituencies and heavy institutional tradition — is how to get there.

Critics operating both inside and outside the A.P.A. say that it still must overcome high hurdles to truly address its issues around racial equity — including its diagnostic biases, the enduring lack of Black psychiatrists and a payment structure that tends to exclude people who can’t afford to pay out of pocket for services.

“All these procedural structures that are in place are helping to perpetuate the system and keep the system functioning the way it was designed to function,” said Dr. Ruth Shim, the director of cultural psychiatry and professor of clinical psychiatry at the University of California, Davis, who left the A.P.A. in frustration last summer.

They all add up, she said, to “an existential crisis in psychiatry.”

White psychiatrists have pathologized Black behavior for hundreds of years, wrapping up racist beliefs in the mantle of scientific certainty and even big data. The A.P.A. was first called the Association of Medical Superintendents of American Institutions for the Insane, according to Dr. Geller, who last summer published an account of psychiatry’s history of structural racism. The group came into being in the wake of the 1840 federal census, which included a new demographic category, “insane and idiotic.”

The results were interpreted by pro-slavery politicians and sympathetic social scientists to find a considerably higher rate of mental illness among Black people in the Northern states than among those in the South.

In the decades following Reconstruction, prominent psychiatrists used words like “primitive” and “savage” to make the cruelly racist claim that Black Americans were unfit for the challenges of life as independent, fully enfranchised citizens.

T.O. Powell, superintendent of the infamous State Lunatic Asylum in Milledgeville, Ga., and president of the American Medico-Psychological Association (the precursor to the A.P.A.), went so far as to outrageously state in 1897 that before the Civil War, “there were comparatively speaking, few Negro lunatics. Following their sudden emancipation their number of insane began to multiply.”

Since then, numerous studies have shown that an almost all-white profession’s lack of attunement to Black expressions of emotion — and its frequent conflation of distress with anger — has led to an under-diagnosis of major depression, particularly in Black men, and an overreliance upon the use of antipsychotic medications. Black patients are less likely than white patients to receive appropriate medication for their depression, according to a 2008 report published in “Psychiatric Services.”

To change course, and serve Black patients better, organized psychiatry is going to need to make a higher priority of training doctors to really listen, said Dr. Dionne Hart, a Minneapolis psychiatrist and addiction medicine specialist and an adjunct assistant professor of psychiatry at the Mayo Clinic College of Medicine and Science.

“We checked a lot of boxes publicly,” she said in an interview. “Now we have to do the work. We have to show we’re committed to undoing the harm and working with all of our colleagues from all over the country to recognize trauma and acknowledge trauma where it exists and get people appropriate treatment.”

Psychiatrists lean liberal, and many say that people with mental illness are a marginalized and underserved group. In 1973, the A.P.A. made history by removing “homosexuality” as a psychiatric diagnosis from the second edition of its Diagnostic and Statistical Manual of Mental Disorders. But the kind of soul searching that occurred around that decision has taken much longer with race.

Psychiatry today remains a strikingly white field where only 10.4 percent of practitioners come from historically underrepresented minority groups, who now make up nearly 33 percent of the U.S. population, according to a 2020 study published in “Academic Psychiatry.” That study found that in 2013, Black Americans were only 4.4 percent of practicing psychiatrists.

“Some people in my family, even now won’t say that I’m a psychiatrist,” Dr. Hairston noted. “A family member told me on my match day that she was disappointed that I had matched to psychiatry and not another specialty — it seemed like I was letting the family down.”

The difficulty in finding a Black psychiatrist can put a damper on the willingness of Black patients to seek treatment. And psychiatric help is also strikingly inaccessible for patients without money.

Psychiatry is an outlier among other medical specialties for the extent to which its practitioners choose not to participate in public or private health insurance programs.

The A.P.A.’s advocacy in this particular area of equity has focused on pushing for full insurer compliance with the Mental Health Parity and Addiction Equity Act, a 2008 law that requires health insurance plans that provide mental health care coverage to do so at a level comparable to what they provide for physical health care.

While the profession hopes for higher reimbursement rates, the gap that affects patients, in the short term, is inequitable access to treatment. “The thing that’s always bothered me the most in the practice of psychiatry is, you can talk about your commitment to things like equity, but if you have a system where a lot of people can’t get access, so many patients are cut off from access to quality care,” said Dr. Damon Tweedy, an associate professor of psychiatry and behavioral sciences at Duke University and the author of “Black Man in a White Coat: A Doctor’s Reflections on Race and Medicine.”