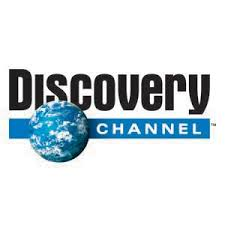 Don’t let the sun set on you in a sundown town. That’s what signs at the city limits of all-white communities warned when African-Americans were not allowed to live there or even visit after the sun set. This method of exclusion was often held by an official policy or restrictive covenant-. The practice of excluding blacks from American towns was so prevalent that, by 1936, it became the impetus for Harlem civic leader Victor Green to pen the Negro Motorist Green-Book, a guide designed to help African-American travelers avoid places where they could be harassed, threatened, or even killed. Today, it is illegal for sundown towns to exist on paper due to the 1968 Fair Housing Act, but some believe that communities remain sundown by reputation and reluctance to diversify. In the fourth installment of Investigation Discovery’s Black History Month anthology THE INJUSTICE FILES, filmmaker Keith Beauchamp takes a cross-country road trip to explore whether these exclusionary practices still exist today. Produced exclusively for Investigation Discovery by Al Roker Entertainment, THE INJUSTICE FILES: SUNDOWN TOWNS one-hour special premieres Monday, February 24 at 8/7c.

Waverly, OH – Waverly is one of the few sundown towns that existed before the Civil War, with its reputation traceable back to the mid-17th century. In 1830, the Downing family donated the town square under the condition that no African-Americans live within the city limits. Flash forward 150 years and the attitude of Waverly residents toward American-Americans had changed little. DR. DAVID HOXIE speaks on television for the first time about his experience setting up a medical practice in Waverly in 1997 and his claim that the community ran him out of town in 2004 after years of enduring what he calls “a toxic potion” of “racism, professional jealousy, material envy.”Beauchamp explains that this and hundreds of towns used to have signs at their town borders that read, “Whites Only Within City Limits After Dark.”